Proper nutrition can have a significant impact on the male potency. It is particularly important to know that overweight men are more likely to suffer from erectile dysfunction than men of normal weight. This is one of the reasons why adult sex toys are popular with people with erectile dysfunction.

Erection problems can have various causes. These include circulatory disorders, testosterone deficiency, illnesses or psychological causes such as stress or depression.

An unhealthy diet can lead to erectile problems

A published US study found that eating a healthy diet could reduce the risk of erectile dysfunction. In the study around Dr. Scott Bauer of the University of San Francisco, he surveyed 21,469 men regularly between 1998 and 2014. None of the men had erectile dysfunction at the beginning.

In the course of time, there were 968 cases of erectile dysfunction in the age group <60 years. In the 60-70-year-olds there were 3,703 cases and in the over 70-year-olds 4,793 cases. These cases showed a connection with a rather unhealthy and unbalanced diet.

A Mediterranean diet is said to prevent erectile problems 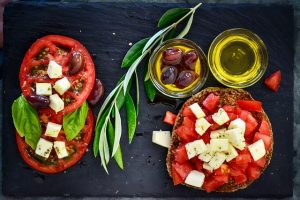 The researchers concluded that eating a healthy diet like the Mediterranean diet can reduce the risk of erectile dysfunction. In such a diet, fresh vegetables, fruit, legumes, nuts, fish and vegetable oils are in the foreground, while red and highly processed meat is only eaten in small quantities. By the way, Greek scientists found out that olive oil is a better sexual enhancer than Viagra.

Nutrition is important but not everything

Even if the diet is certainly not the decisive factor that affects male potency, and people may need further studies in this area, you should keep in mind to reduce the risk of erectile dysfunction.